Sales only within South Africa. No international sales. Postage within South Africa is available for an additional R100, only via Postnet, and for a minimum order of R700 - please ensure that you include the postage voucher below in your purchase. For orders in Cape Town, parcels can be collected from Steps to Health in Diep River, and in Thornton/Pinelands,

Postage (available only in South Africa).

Product sales only within South Africa. International sales only available for Package 1 & 2. 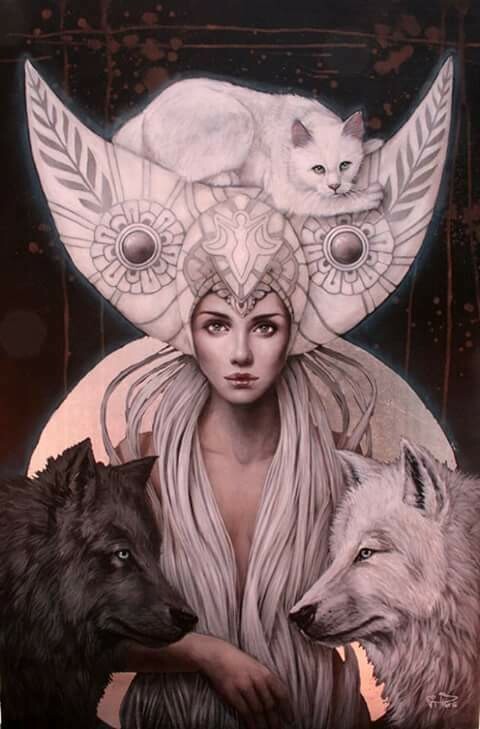 Package 2 consists of 6 sessions, which are for all practical purposes, shadow work sessions. To read more on what the shadow and shadow work is, as well as the rationale, please see WHY SHADOW WORK?.

One of these sessions entails the completion of an intake form, as well as the discovery of your dominant goddess archetypes, by means of my Seven-Greek-Goddess-Archetype questionnaire. In addition to receiving and in-depth manual, for future reference, the genealogy, mythology, characteristics, and shadow qualities of the seven Greek goddesses (see images below in desktop view) will also be provided in booklet form.

With respect to both light and dark aspects of the goddess archetypes, I teach a curated 5-step "Life as mythical stage show practice"TM, whereby one’s unconscious limiting beliefs/stories/schemas are systematically rewritten to create one’s reality from a space of love, in line with one's values and life purpose. This method draws on the modalities of Acceptance Commitment therapy, Somatic therapy, Internal Family Systems Therapy and Depth psychology. The aim is to both deal effectively with one's emotional triggers as well as use the trigger to tap important information locked away in the unconscious mind, essentially digging for the gold in an alchemical/transformative process. By consciously writing the script of your life and transforming your inner world, your outer world will naturally follow suit.

- The theory behind complex trauma, Jungian psychology, shadow work and other relevant modalities, which will be applied in the 6 sessions.

- The identification of a recurring, emotional trigger or projection (introduced by people you have an intimate relationship with, situations, and/or events in your life), to which you respond with a disproportionate reaction (an overreaction), which we will be working with throughout the entire 6 sessions.

- Tools to defuse a trigger scenario.

- Discovering the limiting core beliefs which underlie your trigger scenario, as well as the antidote replacement beliefs and values-directed bahaviours which are line with your antidote archetype of choice. By the end of the 6th session, the limiting belief will have been transformed to that of the antidote belief, on psychological, neuro-physiological and behavioural levels.

- Exploration of 7 Greek Goddess archetypes, establishing to what extent each is operating in your life, in both healthy and unhealthy ways, and the harnessing of their beneficial aspects in your trigger scenario.

- Working with the central- and autonomic nervous system, in moving from freeze/dissociation, fight/flight, or socialization (people pleasing), to a state of increased vagal tone, when you have been triggered.

- Identifying the sacred needs of all of your parts in your psyche, including that of your inner exiled child's.

- Weaving the Greek story of Psyche and Eros, as well as Greek myth "Who get the golden apple", into your daily life, where you will be embarking on your own heroic journey, in mythological terms: a journey of with ease and grace, moving back and forth between the underworld (personal and collective unconscious) and the upperworld (conscious mind and the mundane, every-day living), so as to integrate the unconscious with the conscious.

Investment: Package 2 consists of 6 sessions, valued at R4 500 (R750 per session), to be paid prior to session commencement.

To procure the above, please send Payfast POP to monet.khandroma@outlook.com.

Save this product for later

Upon purchasing Package One and Two below, please email your Payfast Proof of Payment to . I will then liaise with you, with regard to scheduling sessions, and discuss how to process either with sessions taking place in person or over Skype, as well as send the relavant course material.

The 33-page womb care manual will be emailed to you, prior to sessions commencement.

Postage (available only in South Africa).

Product sales only within South Africa. International sales only available for Package 1 & 2..

Prices above exclude postage and delivery fees. No shipping or postage is available for products ordered from outside of South Africa. For purchases in South Africa: if you are not based in Cape Town and collecting in person, postage to other towns in the country is available via Postnet (Postnet to Postnet), for an additional R100 and only available for a minimum order of R700. You can purchase a Postnet voucher here: Postage Voucher. Please send Payfast POP and provide your name, cell phone number and the address of your nearest Postnet office via email: monet.khandroma@outlook.com.

Yoni crystals: Upon purchasing your yoni egg(s) and/or wand(s), please email Payfast POP to . Your free yoni crystal 101 manual will be subsequently send.

Belly (waist) beads: Upon purchasing your Belly beads, please email Payfast POP to , along with your measurements and spesifications.